From concept to reality

As the second leading cause of death worldwide, stroke represents a high unmet medical need. One in three people still die from a stroke, and a further one in three are left with a permanent disability. As proof of concept, AB126 has demonstrated activity in multiple blinded studies across various pre-clinical models and species.

Aruna Bio is developing not just a new biologic, but a whole new delivery platform that could change the treatment of neurodegenerative disease across multiple indications. Now that the benefit of neural-derived exosomes is no longer a concept but a reality, it opens the way to these exosomes potentially fulfilling two exciting roles:

Life-changing possibilities
as a therapeutic agent

In many neurodegenerative diseases such as Multiple Sclerosis, inflammatory lymphocytes generate an autoimmune attack on brain white matter, leading to neuro-inflammation, axon destruction and neuronal death, which often leads to progressive disability over time.

Unlike other treatments, AB126 may be able to target many of the pathophysiologic mechanisms associated with diseases such as Multiple Sclerosis through its innate potential to reduce neuro-inflammation, stimulate neuro-regeneration and neuroprotection.

Life-changing possibilities
as a delivery system

Exosomes can also be loaded with a wide range of payloads. Because AB126 has shown the ability to cross the blood/brain barrier and target different areas of the brain, this offers the potential to deliver large quantities of therapeutic payloads to previously inaccessible parts of the central nervous system.

This makes our ability to treat a wide range of neurodegenerative diseases a real possibility in the near future. 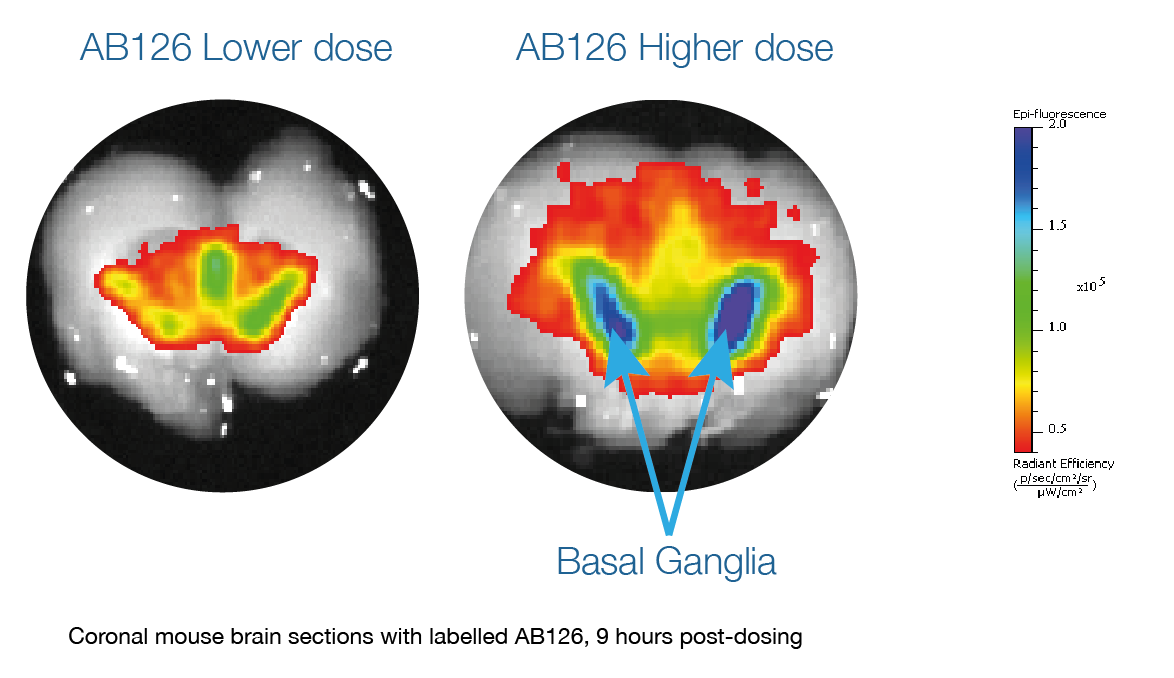 In parallel to these possibilities are some certainties.
We have the technology to manufacture our neural-derived exosomes using a scalable process that allows the production of large quantities of neural exosomes with consistency and uniformity.

This is not only important for our own research into therapeutic possibilities, but also a reassuring fact for companies who wish to utilize our exosomes as a delivery system for their own therapeutic agents.

With this fact in mind, plans are already in place for an ambitious pipeline for our neural exosomes – as both a therapeutic in its own right and as a delivery platform – across a broad range of indications. However, new indications will be added regularly to this pipeline as our horizons widen and relationships with our partners develop.

Committed to the treatments of the future for neurological conditions

AB126 is both a therapeutic and a delivery vehicle with access to the CNS for treating a wide range of neurodegenerative diseases.

In animal studies, AB126 exosomes have already demonstrated  delivery of siRNA and antibodies such as IgG, to the brain or CNS with a high level of specificity and durability. This has resulted in a strong – and growing – patent estate.
‍
While many therapeutic areas have seen significant steps forward in recent years, restricted access across the blood/brain barrier has meant less rapid progress with neurological diseases. However, AB126 represents a major advance. Its ability to act as a platform to treat many of these challenging neurological conditions means AB126 is potentially transformational.